Welcome to Wednesday Weekly, where I go over your need-to-know water cooler talk, provide some of my favorite upcoming wagers, and have a bit of fun with things I like and dislike. If you’re not a fan of sports, gambling, politics, pop culture, or fun, then still read it anyway because I do it for the pageviews.

Happy Halloween everyone! But more importantly, welcome to the first edition of Wednesday Weekly! I will posting an article every week with my thoughts on anything and everything from the past week and upcoming weeks.

One of my favorite NBA pastimes is overreacting to teams and standings before they even played their first 10 games of the season. I’ve seen hot takes ranging from how the Rockets suck and the Cavaliers might be the worst team in the league to how the Kings might actually be good. Let’s remember that last season the Pistons were 14-6 after 20 games. And missed the playoffs. In the East. The Rockets are going to be fine. The Cavaliers won’t be as bad as they’ve looked. The Kings are still the fucking Kings.

That being said, there are a few early-season trends that I think will turn out to be real. The Nuggets and the Bucks are two teams who seemed to have finally figured it out. Mike Budenholzer was the perfect addition to a Bucks team that barely cracked the top 20 in net rating (meaning how many points you score per 100 possessions compared to how many you allow) despite having Giannis Antetokounmpo and a solid supporting cast around him. With their new coach, the Bucks are first in net rating. This won’t last all season, but they’ll stay in the top 10. And I suspect they’ll be a tougher team in the playoffs than the pushover we’ve seen the past few years. The Nuggets are largely the same team as last season, but with a healthy Paul Millsap and another year of development for their young roster, they’ve shown they have another level in them. It also doesn’t hurt that Nikola Jokic – noted offensive monster – is playing the best defense of his young career. This team will be around in late April.

NFL
Atlanta +1.5 at Washington
The Falcons have not looked great in any game this season, but they always seem to be playing in close games. 6 of their 7 games have finished within a touchdown. Coming off a bye week, I think they will be ready to finally play a full game on offense. If they do, the Redskins won’t be able to match them in a shootout.

Kansas City -9 at Cleveland
The Chiefs are really good and the Browns are not. Don’t overthink this one. Hue Jackson is fired, the Browns are in turmoil, and Gregg Williams won’t be able to turn around a game plan in less than a week. Chiefs by a million.

Carolina -6.5 vs. Tampa Bay
You know the old saying, “if you have 2 quarterbacks, you don’t have a quarterback.” The Bucs are struggling to find an identity since Ryan Fitzpatrick lost the Fitzmagic and was subsequently replaced with a lethargic Jameis Winston. Bringing back Fitzpatrick isn’t going to fix their problems. Give me the steady Panthers at home.

NBA
Utah -2.5 vs. Minnesota
How are the Timberwolves only 2.5 point underdogs against the Jazz? All-Star Jimmy Butler is out tonight with  “general soreness” and so is starting point guard Jeff Teague. Despite the Wolves being excellent at home and improving their depth, the Jimmy Butler trade saga sideshow has definitely been a problem thus far. Towns and Wiggins have looked relatively awful, and I don’t see much changing until Jimmy is shipped out of town. Take the Jazz tonight, and (despite not yet knowing the line) take the Warriors on Friday when the Timberwolves head to the Bay Area.

I like:
Kawhi Leonard on the Raptors. Despite Leonard  coming off injury, he’s shown why he was top-3 in MVP voting the 2 seasons prior to last. He is fighting with Giannis for best player in the Conference – and currently winning! He has the Raptors playing at higher level than they ever could reach with DeMar DeRozan. This team could be the best in the East.

I don’t like:
Gordon Hayward on the Celtics. He had a gruesome injury last season, so I don’t hold his slow return against him. I fully expect to see the Gordon Hayward of old sometime this season. But it’s sad to watch this version of Hayward when I still remember him as a top-20 player. Get healthy soon. 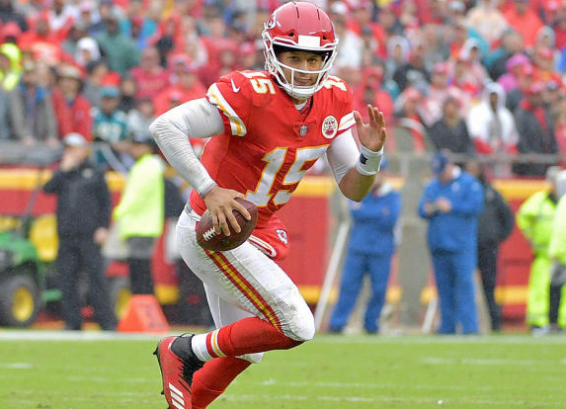 I like:
Young crop of NFL quarterbacks. A solid draft class usually gives you about 2 or 3 decent franchise quarterbacks. Between Goff, Wentz, Mahomes, and Watson, there are 4 potential yearly MVP candidates in two draft classes alone. This should ease the pain when the old stars begin to retire. Based on Eli’s play lately, that’s sooner rather than later.

I don’t like:
Teams low-balling their running backs. Specifically, I’m looking at the Pittsburgh Steelers. If you don’t want to pay Le’Veon Bell long-term, that’s fine. But don’t continue to stick him with the Franchise Tag and act surprised when he holds out. Either pay the man the money he’s earned with you or let him play for someone who will. I understand that from a team perspective, cheap rookie contracts and a year or two of the franchise tag makes sense. But when you’re completely transparent about how you want to run your own player into the ground while he’s paid well below market value and then cut him after you’ve used his best years, you can’t be so indignant when he tells you to f**k off.

I like:
Jimmy Butler’s first 6 games. The Timberwolves dominate when Butler is on the court, and hemorrhage points when he’s on the bench. He single-handedly held off LeBron James and the Lakers to get the win on Monday. He’s been outstanding.

I don’t like:
Jimmy Butler’s issues. He’s made it clear that he wants a trade, why does he keep publicly bringing it up? Thibodeau obviously knows Butler’s value, and is trying to get someone to pay up. Throwing a tantrum and sitting out won’t help to get a deal done. He’s only hurting himself. Well, he’s also hurting the team, I guess. Get it together Jimmy.

I like:
The NBA rule changes. The play clock now resets to just 14 seconds after an offensive rebound instead of the previous 24 seconds. This has increased the pace of the game, with amount of possessions and scoring up league-wide. Additionally, they clarified a clear-path foul, which expanded the definition and made sure that intentional fouls to stop a transition opportunity are no longer incentivized. Now, just start calling traveling and cut out the garbage fouls when the offense initiates contact, and we’ll be all set.

I don’t like:
The NFL rule changes. The new roughing the passer rule is absolute nonsense. As much as I’m glad Packers fans are finally seeing with Clay Matthews how ridiculously Aaron Rodgers has been protected by the refs over the years, this situation has gotten of hand. Like everyone else, I think tackling the quarterback should be allowed in the NFL.