Only 5 of last year’s playoffs teams ended up making back this season, with the Steelers, Vikings, and Titans all having late season collapses and the Panthers losing 7 straight after a hot 6-2 start. It was another wild season in the NFL, and the playoffs look to be just as entertaining. 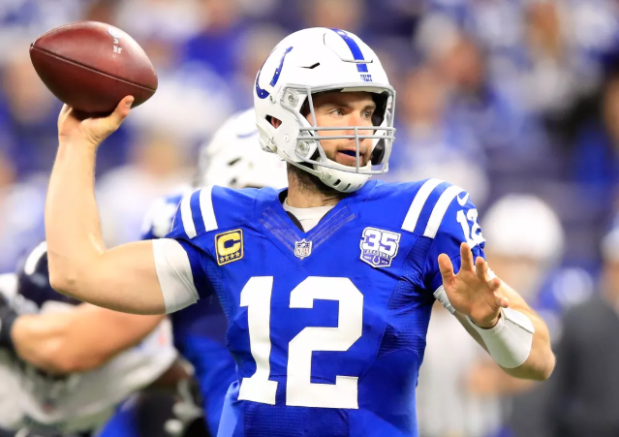 Andrew Luck has shown what he can do when he’s healthy and finally has an offensive line. He started his career being knocked down more than any other quarterback to the Colts boasting a top 5 offensive line led by all-pro guard Quentin Nelson, and the difference shows. This season, Luck threw the most passes of career while still finishing with career highs in completion %, QB Rating, Total QBR, and TD-INT ratio. He was sacked just 18 times, just the second season he’s been sacked less than 27 times. The other time was 2015, when he played just 7 games.

DeShaun Watson has been every bit as good as advertised after getting injured last season as the MVP-frontrunner. DeAndre Hopkins finished the season with a ridiculous 115 catches and 0 drops. No fucking drops the entire season. He’s been a top-tier receiver for a few years, but he cemented himself as the leader of the pack this season. The Texans never seem to blow people out, but they win the tough close games. That type of winning bodes well for a playoff team at home. 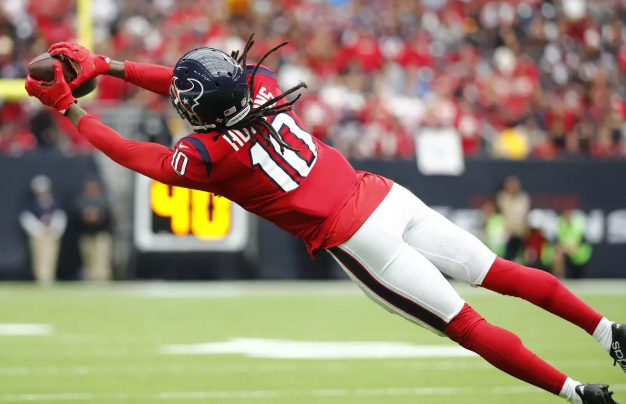 Despite the Texans having more starpower on the defensive side of the ball – led by Pro-Bowlers J.J. Watt, JaDeveon Clowney, and Benardrick McKinney – both teams are middle of the pack defensively. The Texans can stop the run, but have been gashed over the top. That’s a recipe for a big Andrew Luck game. Similarly, the Colts run defense has been relatively stout, but can’t stop the passing game. It will be interesting to see if this game turns into a shootout in Houston.

This was a tougher game to predict than most due to the inconsistency of both teams. I think the home field advantage wins out and the pass rush combination of Clowney and Watt make one or two big plays that turn the tide. Oh, since this is probably dropping during the game (if not just before), click here to see that I didn’t change my prediction.

Seattle is no longer the defensive juggernaut we used to see with the Legion of Boom. But they have been better than we expected, even after losing Earl Thomas early in the season. (Which, by the way, is why players should always hold out for the money they earned. Earl Thomas did everything right, and the Seahawks are going to fuck him over. There’s never been any loyalty from teams for their players. So the next time Le’Veon Bell or any other player holds out, just remember Earl Thomas, and side with the player.) Bobby Wagner has been fantastic and anchored the defense and kept them at a respectable level. 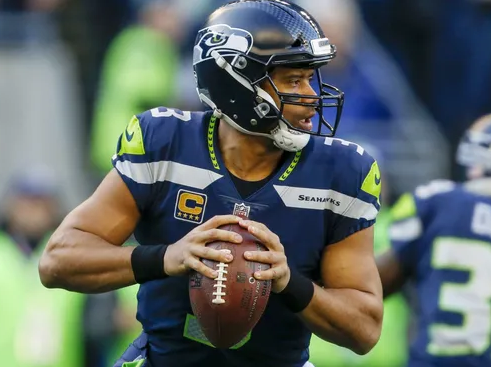 Russell Wilson has been great all season, and he has the experience to make big plays in big games. He’s held this team together and shown everyone that he doesn’t need an elite defense to make his team great. This offense carried the load while the defense was figuring itself out. Now the entire team is clicking at the right time. Watch out. 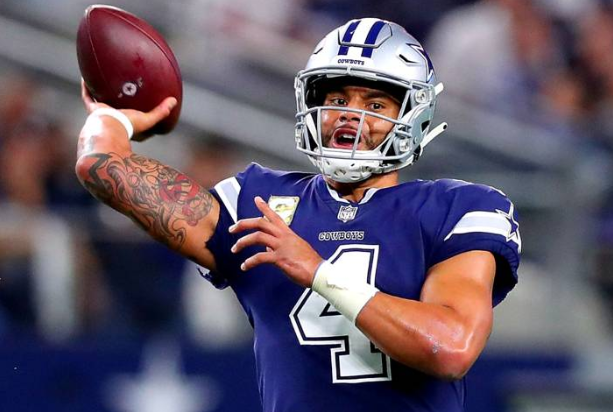 Two years ago, after Dak Prescott’s rookie season, the Cowboys (rightfully) thought they had the quarterback of the future. Now, it looks like they have everything except a quarterback. Ezekiel Elliott has been dominant as usual in the backfield. The trade for Amari Cooper (mostly panned as a steep overpay at the time) has turned out great, and he’s consistently gotten open in space and ran after the catch. The defense, led by rookie standout Leighton Vander Esch, has renewed life, and has turned into one of the best in the NFL. Unfortunately, the leader of the team leaves plenty to be desired. Prescott hasn’t showed any of the mobility he flashed as a rookie, his pocket presence is non-existent, and he can’t hold onto the ball.

Call me crazy, but I trust Russell Wilson in the playoffs and I don’t trust the Dallas offense. Unless the Cowboys defense comes up with something special, I don’t see them staying in this game. Even though both teams were 10-6, the Seahawks outscored opponents by an average of 4.76 points, whereas the Cowboys outscored opponents by an average of 0.88 points. The Cowboys streak of seasons without playoff success continues.

The Chargers were the unfortunate losers of the dumb rule that gives seeding preference to division winners. Instead of being the 2 seed in the AFC and getting a bye and then a home game to get to the AFC Championship, they’ll need to win 2 road games. Luckily for the Chargers, they’re used to road games, since even their home games are basically road games. Still this team is damn good, and they shouldn’t have to play this game. Unfortunately, they do, and it comes against one of the hottest teams in the NFL right now. 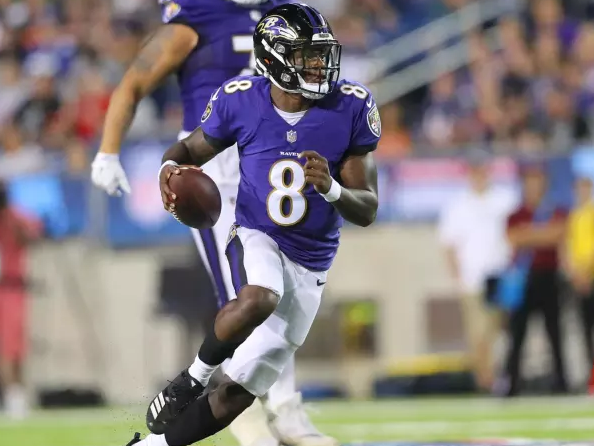 The Ravens have won 6 of 7 games since Lamar Jackson took over the starting QB job from the  “injured” Joe Flacco to rally into the postseason. Their defense has been elite all season, and I don’t think anyone wants to go into Baltimore to play this team right now. Lamar Jackson is a tough QB to pass rush because of his ability to scramble. He’s averaged 17 rushes per game since taking over the starting job. For reference, over 16 games that would be 11 more rushes than Saquon Barkley. The only problem with Jackson is that he fumbles the ball. A lot. If the Ravens want to win, he needs to take care of the ball. 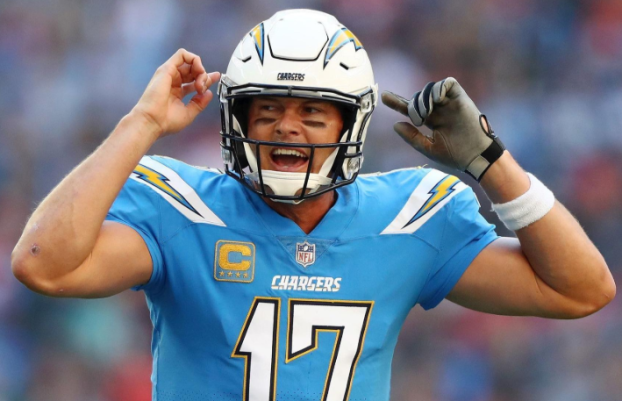 Philip Rivers is having another great season. He tied his career-best 105.5 passer rating, coincidentally his 3rd season with that exact passer rating. Melvin Gordon is healthy again after a short absense, and their defense is strong. This is an all-around team that does everything well. This matchup is going to be fun to watch.

Home field is huge for a young quarterback, and I think Lamar Jackson shines. But the Chargers are just too good of a football team to lose in the first round. I think it’s a close game throughout, but if either team is down by 1 and needs to drive the field with a minute left in the game, I trust the Chargers to come out on top.

The two teams that combined to eliminate the Vikings from playoff contention in week 17 are going head to head in the first round, and it’s kind of bittersweet. Bitter in that one of these teams is going to win, and sweet in that one of them is going to lose. Philadelphia is overrated, but Chicago is also overrated. I’ll be happy when one of them goes to New Orleans or Los Angeles to lose in the next round. 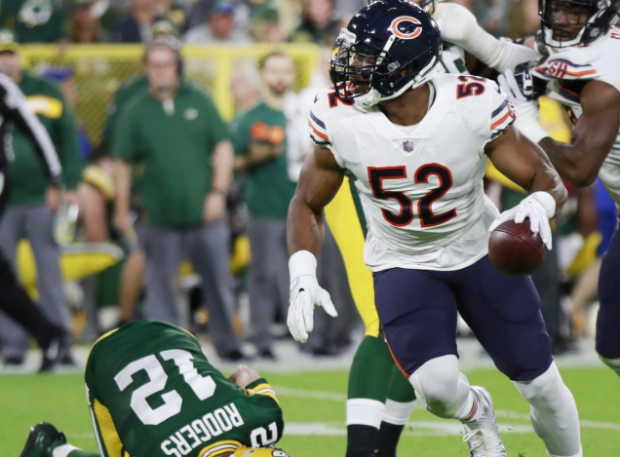 That being said, they actually are both good teams, Chicago with a dominant defense and solid offense, Philadelphia coming on strong late in the season. Chicago’s defense might be the scariest in the entire league. Khalil Mack is the most notable addition, but Roquan Smith has been phenomenal as a rookie, and Eddie Jackson looks like entirely new player. Akiem Hicks has been underrated for a lot of his career and finally has been able to excel with a dominant player beside him (to the point that he might be a bit overrated now). That all adds up to a defense going from solid to amazing. 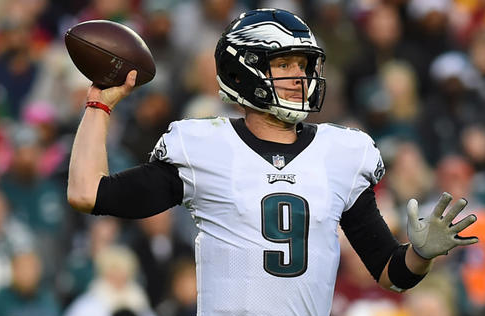 The Eagles are not as dominant defensively as they were a year ago, but Fletcher Cox is still an animal, and they still get after the passer well. Nick Foles has looked fine, and he’s shown flashes of his incredible run last postseason, but I’m skeptical that he can do it again. Then again, I was skeptical that he could do it last year. And I hate him.

The Bears in cold weather are going to dominate this one from start to finish. I look forward to the legendary villain Nick Foles proving me wrong.