With the NBA playoffs falling in the middle of crazy time this year (the final season of best fantasy show in cinema history with Game of Thrones, the final installment after 21 movies to bring a conclusion of the Avengers saga with Avengers: Endgame, the 2019 NFL Draft, and plethora of random life events for yours truly, I was unable to beat the clock and get my predictions for last round out in time. Oh well, at least you’ll get the final 2 rounds? Enjoy!

Prior to giving my prediction, I just want to say this is one of the toughest series to predict in the past few seasons. First of all, as a diehard Timberwolves fan, I have always felt a kinship with my Eastern Conference counterparts. I went to school in Madison, and I have always cheered for the Bucks, except when playing Minnesota. Giannis Antetokounmpo is probably the most likeable superstar in the entire league. He’s unique, aggressive, fun to watch, and has personality that makes you want to root for him. Compare that to the Raptors best player – Kawhi Leonard – who has a robotic personality, rarely shows emotion, and is one of the least fun superstars to watch… I just happen to think Kawhi is better at playing basketball. Giannis is a great defender. Kawhi is just a better defender. Giannis is a great scorer, but doesn’t have the range that Kawhi does. Giannis worked his ass of during the season, while Kawhi looked like he didn’t care. Since the postseason started, Kawhi is a different animal. I don’t necessarily think this matchup will be wholly determined by the superstars, but in the same way that I’ll be rooting for Milwaukee, I just think the Raptors match up well against them. Sorry Bucks, but I gotta go…

Prediction: Toronto in 6
Milwaukee cruised to a first round sweep of the Blake Griffin-less Piston. That sweep was the easiest prediction of the playoffs by far. They followed it up with another dominant performance rattling off 4 straight against the Celtics. I predicted Milwaukee in 5, and sure they dropped game 1, but I’m still going to pretend it was a real sweep and send the broom gifs to all the Celtics fans out there.

Toronto has not looked nearly as steady as they did in the regular season. They dropped Game 1 in embarrassing fashion to the Orlando Magic, and looked beatable throughout their series with the 76ers. Kyle Lowry has not played well (as is his playoff tradition), and Eric Bledsoe dominated their matchups during the regular season. And although this Raptors team has crumbled in the past, this isn’t the same old Raptors who lost all credibility last season choking against the Cavs. They haven’t played their best this postseason, but they have plenty of playoff experience, and even Finals experience with Danny Green, Serge Ibaka, and Kawhi Leonard (and don’t forget Patrick McCaw who has nearly a full game’s worth of minutes in the NBA Finals). I trust these Raptors. 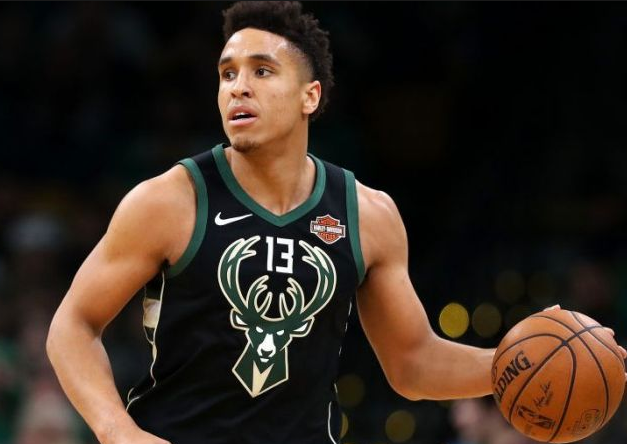 The Bucks and Raptors are two of the best and most high volume 3-point shooting teams in the league. They are two of the best passing teams in the league. Ironically, their best players are largely one on one scorers. Despite these being two team-first teams, I think this matchup comes down to a lot of individual matchups. Bledsoe has owned Lowry this season, but he’s streaky, and we’ve seen him try to do too much at times. Middleton has been lights out, but Siakam has had flashes of greatness as well, and it will be fun to see them go head to head. Brogdon’s return is a boon for the Bucks, but Danny Green is consistently underrated, and I don’t think that’s a clear win for Brogdon. The Centers have both been great, but I’m taking Marc Gasol in a close game over Brook Lopez. And the heavyweight fight between the two best players in the Eastern Conference (no disrespect to Joel Embiid, but Kawhi stole your lunch and ate it in front of you in Game 7) is something we’ve all been waiting for. This series figures to be one of the best. I can’t wait.

Keys to the Series:
1. Stretch Bigs. Brook Lopez was arguably the most important player not named Giannis on the Bucks this season. He’s struggled during the postseason, but he still forces you defend him on the perimeter. The same can be said about Marc Gasol. I think Gasol is the better player, but Lopez is the better fit on his team. This will be a fun matchup to watch.
2. Giannis shooting. Antetokounmpo can get to the rim better than anyone since prime Shaq. He’s going to score and he’s going to force the Raptors to scheme for him. They will likely give him any open look from 3 that he wants. If he starts to hit them, Toronto will need to adjust. If he doesn’t, and decides to stop shooting every time he’s left open, he’s in for a slog. Milwaukee can still win that way, but they’re unstoppable if he hits his outside shot.
3. Bench minutes. Both these teams have deep benches that have played well throughout the postseason, but they’re both down to 8-man rotations (the Bucks have played 10 players real minutes, but much of that is due to blowouts). Milwaukee’s bench carried them through some tough stretches, whereas Toronto started to cut their bench minutes short. It will be interesting to see how many minutes the starters play, and if they change rotations to keep 3 or 4 starters on the floor at all times.
4. Best player in the series. I think Kawhi is the best player in this series, which is a big part of why I picked them to win. If he is outplayed by Giannis, Milwaukee will likely win. It all comes down to who is the best player in the East. Raptors in 6.

Prediction: Golden State in 5
Golden State showed signs of vulnerability in the first round against the Clippers, losing twice (both at home), the first of which included blowing a 31-point lead. I chalked that up to playing down to their opponents, not taking the Clippers seriously, and the pride and aggression of the Clippers. They were never really a threat. The Rockets series never really felt in question, either, but it was more a product of the Rockets playing badly. Losing Durant hurts Golden State’s ceiling, but it might actually raise their floor based on their style of play.  When they can’t relax on offense and let Durant go one-on-one, they move better and play more as a team. That’s not even a criticism of Durant – he’s so good that his own team assumes he can score without them! The Warriors looked as good as they have this postseason in the game without Durant. Even still, they’re hoping for a speedy recovery.

The Portland/Oklahoma City series came down to the one thing I said the Thunder should try to avoid – Lillard vs. Westbrook. LeBron James has said that he’d like to be the first player to play against his son in the NBA, but unfortunately for him, Lillard already beat him to it and made his son Russell Westbrook go home early. The Denver series against the Spurs (despite the Nuggets winning as I predicted) was the exact opposite of how I thought it would go. It was a much closer matchup than I expected, and as it became a slog, Denver made better adjustments than San Antonio, which (again) is the opposite of what I would have expected. Entering last round, I (again) picked against the Blazers, thinking that the Nuggets wouldn’t make the same mistakes Oklahoma City did and try to go head to head with Lillard. They didn’t make those mistakes, but Lillard’s heroics and CJ McCollum’s pair of dominant performances were too much for the Nuggets to withstand. When I watch the Blazers, they never seem to dominate, but they pull out tough wins in every way imaginable. I didn’t think they had this toughness in them (especially after the brutal sweep at the hands of the Pelicans last season), but here we are. Coming into this round, my series picks are 10/12, with both of my losses from picking against the Blazers. It seems I haven’t learned my lesson.

If this series came down to talent, the Warriors would sweep the Blazers, even without Durant. But as the Blazers have shown, it will come down to more than that. Portland will make Golden State play their best to win. It will be interesting how they play against Draymond Green. He’s been shooting terrible, but he’s still a master at making teams pay for sinking in on him. Steph Curry and Klay Thompson will get their buckets, but forcing them to play through their bigs will be a priority. It will also be interesting to see how Portland chooses its lineup. They had CJ McCollum and Rodney Hood (and Evan Turner at the end of the series) attacking the smaller guards every time the Nuggets would bring in a smaller lineup. The Warriors don’t have that problem as those guards will likely be guarded by a mix of Andre Iguodala and Thompson. Where the Blazers dominated with their size, they’ll likely be undersized in most key matchups, unless they leave Enes Kanter in when the Warriors go small. This worked against the Nuggets, but the Warriors aren’t the Nuggets. If they decide to stick to Kanter, they’re betting that he can score on Green more than the Warriors make him pay on defense. They’ll lose that bet. Unfortunately they don’t have other great options. They can downsize to Zach Collins (or use Meyers Leonard who can guard the perimeter, but has seen only 35 minutes this playoffs) and they might have a better chance, but neither of them are defensive stalwarts.

Keys to the Series:
1. Durant’s return. As of today, it looks like Durant will likely miss the first 2 games and possibly more. I don’t think the Warriors need him to handle the Blazers, but if they drop a game early, they might start to have thoughts creeping in.
2. Style of Play. Both teams like to play fast, but the Warriors play faster, and we’ve seen the Blazers slow down significantly during this playoff run. The Warriors have started to go small more often, where the Blazers have gone big. If Portland allows this to become a 3-point shootout and doesn’t focus on slowing the pace and dominating the glass, this could get ugly real fast.
3. CJ and Klay. McCollum put up back-to-back 30 point games in Game 6 and 7 to close the series against the Nuggets. Thompson put up back-to-back 27 point games (including 12/23 from deep) to close the series against the Rockets. I don’t think either one can win the series for their team, but either can lose it by going cold.
4. Steph and Dame. Damian Lillard wants to prove he’s the best point guard in the league. Curry is currently regarded as the best point guard in the league (by me at least), but Lillard has been more impressive this postseason. If Curry struggles and Lillard shines, we might have a new top dog at the top position. If I’ve said it once, I’ve said it a thousand times – I can’t wait.