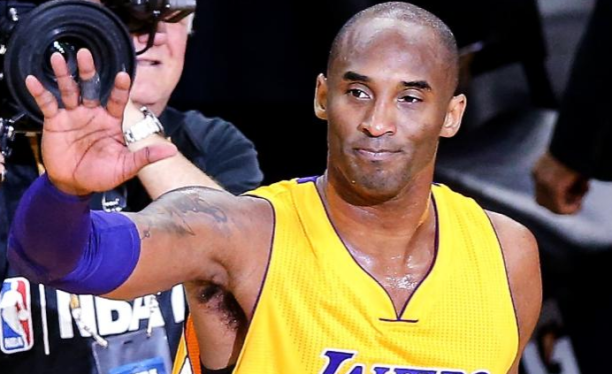 It started with denial. I scrolled through my Twitter feed, and it was filled exclusively with initial reactions. They were all the same: This can’t be real. No way. Kobe can’t be gone.

As details emerged and reality began to set in, it was one of the rare moments on social media where everyone was on the same team: disbelief at the passing of a legend; horror at the news of his daughter Gianna; grief for the families; nostalgia of the impact he had on so many people; and regret of losing a hero who had still had so much left to give.

As someone who grew into his love of the NBA during the late 90s, Kobe Bryant’s impact on me is difficult to put into words and impossible to overstate. He has been as much a part of my life as is possible for someone I’ve never met. I was 7 years old during his rookie season and he was the central figure in the league for the next 20 years. He began his career as Kobe Bean Bryant, an athletic young kid straight out of high school, famous for taking Brandy to the prom, and retired as the Black Mamba: a global icon, a symbol of a killer mentality, and a titan of the basketball world.

At the age of 23, Kobe was already proving to be one the best players of his generation. Wearing the number 8 and sporting an afro, he was part of the best duo in the history of the NBA with Shaquille O’Neal, winning 3 straight titles. As his game developed (and his head shaved), the similarities to Michael Jordan were striking: an ultra-competitive alpha who wanted to win at any cost; watching Kobe play was like watching MJ again. By the age of 27, he won his first scoring title (35.4 ppg, including an 81-point game) before switching his number to 24, winning another scoring title, followed by an MVP and then a gold medal. For many people, especially those in LA, he already was the new MJ.

But by the time he turned 30, he hadn’t won a title in 7 years, and he hadn’t won one as the best player on his team. Due to the Jordan comparison, his warlike mentality that led to confrontations with teammates and opponents alike, and his feud and eventual split with Shaq, Kobe became one of the most polarizing figures in sports. His notorious work ethic, borderline insane competitiveness, and passion for destroying opponents brought out the emotions of every fan in the NBA. Some loved him, some hated him, but he mattered to everyone. As Tom Haberstroh put it: “Kobe Bean Bryant is the closest thing the NBA has to religion.” Even compared to his contemporaries (of which there are exceedingly few), nobody brought about the fire of opposing sides like Kobe. Given the choice, he wouldn’t have it any other way; he thrived on the vitriol, determined to outwork everyone and prove the doubters wrong in his pursuit of greatness.

Over the next 3 years, he’d add to his resume 2 titles, 2 Finals MVPs, and another gold medal. Did I mention he liked to prove doubters wrong? But more than that, Kobe had cemented an undeniable legacy as an NBA legend. From sinking 2 free throws and walking off the court after tearing his Achilles Tendon (even the Achilles couldn’t do that) to scoring 60 points in undoubtedly the most fitting last game of any player in history, he was always somehow more than a superstar.

Globalization of the game

This wasn’t random – Kobe accelerated the globalization of the sport like no one else ever has, and as he immersed himself in the growth of the game, he embraced early on the cultures of the growing subset of global basketball fans. His dedication and legendary work ethic are traits that cross the boundaries of sports. He revered international soccer, making an effort to connect with as many players as possible, which only helped his popularity to spread like wildfire. There isn’t another player in any sport that could garner outpourings of grief and love from such a broad range of athletes: from LeBron James to Tom Brady to Alex Oveckin to Neymar to Nick Kyrgios to Mike Tyson to Tiger Woods, there isn’t a corner of the sports world that Kobe didn’t have an impact.

Kobe Bryant made an indelible and everlasting mark on the game of basketball and the sports world. His list of achievements is as long and impressive as anyone in the history of the sport, but somehow that is entirely inadequate description. His impact on the world was far bigger than the shots he made, the accolades he drew, or the championships he won. His pure determination and unbridled love for the game create an enduring legacy for an entire generation inspired by the man who truly loomed larger than the game itself.

Losing an icon is always difficult. Losing an icon this young is devastating. There are many former NBA players whose loss would be felt across the league and its fans, but there are none that can compare to Kobe. Not just because his career inspired so many current athletes; not just because every kid would yell “Kobe” growing up as they shot a piece of garbage into the trash; not just because he brought the game to new heights across the globe, but because after just 3 years, it was clear that he was among the rarest of players whose impact after retirement would be much greater than his career on the court. We expected to have him in our lives for the next 40 years. Richard Jefferson put it succinctly: “This is John Lennon, this is Princess Diana, Prince, Michael Jackson. This isn’t the basketball community, the WORLD is in shock.”

Nobody can play basketball forever. Father Time is famously undefeated. Every NBA player eventually needs to retire. For most players, retirement means finding a way to stay near the game (usually at a lower level than the NBA), reminiscing on the successes of the past, or trying their hand at something new. Most find the transition difficult; very few ever find the kind of success they had playing basketball in anything else. Kobe was one of the few. In fact, he brought with him to his new ventures the same renowned passion and determination that had characterized his basketball career to the point that ‘retirement’ was largely replaced with ‘next chapter.’

Kobe was among the most (if not the most) vocal supporters of growing women’s basketball. To anyone who has listened to Kobe over the past decade, it was clear that he believed women could accomplish as much and more than men in basketball, and that his fierce drive that made him a global icon would be equally effective put to use as an ambassador for the women’s game. From his devotion to his daughter Gianna’s love of the game (may she rest in peace) to his staunch advocacy of the WNBA, his passion in driving support from new markets and fan bases to women’s basketball was unsurpassed by a figure of his stature. For someone whose contribution to the NBA was so massively unquantifiable, it seems insane that his contributions to the WNBA could be even larger, but if one person could do it, it was Kobe.

He could do anything. In his tribute, Howard Beck wrote that “‘Absolutely’ was one of Kobe’s go-to replies, deployed generously in interviews—the perfect verbal tic for the most confident person [he’s] ever met.”

Kobe began acting and writing, founded a media production company – Granity Studios, won an Oscar for his animated short Dear Basketball, and started the Mamba Academy to develop young female basketball players. More important than any of his new success was the obvious joy he had in celebrating his life as a father to 4 young girls. Watching him talk about his daughter Gianna being able to carry on his legacy could make anyone smile.

Now it could make you cry. RIP Kobe